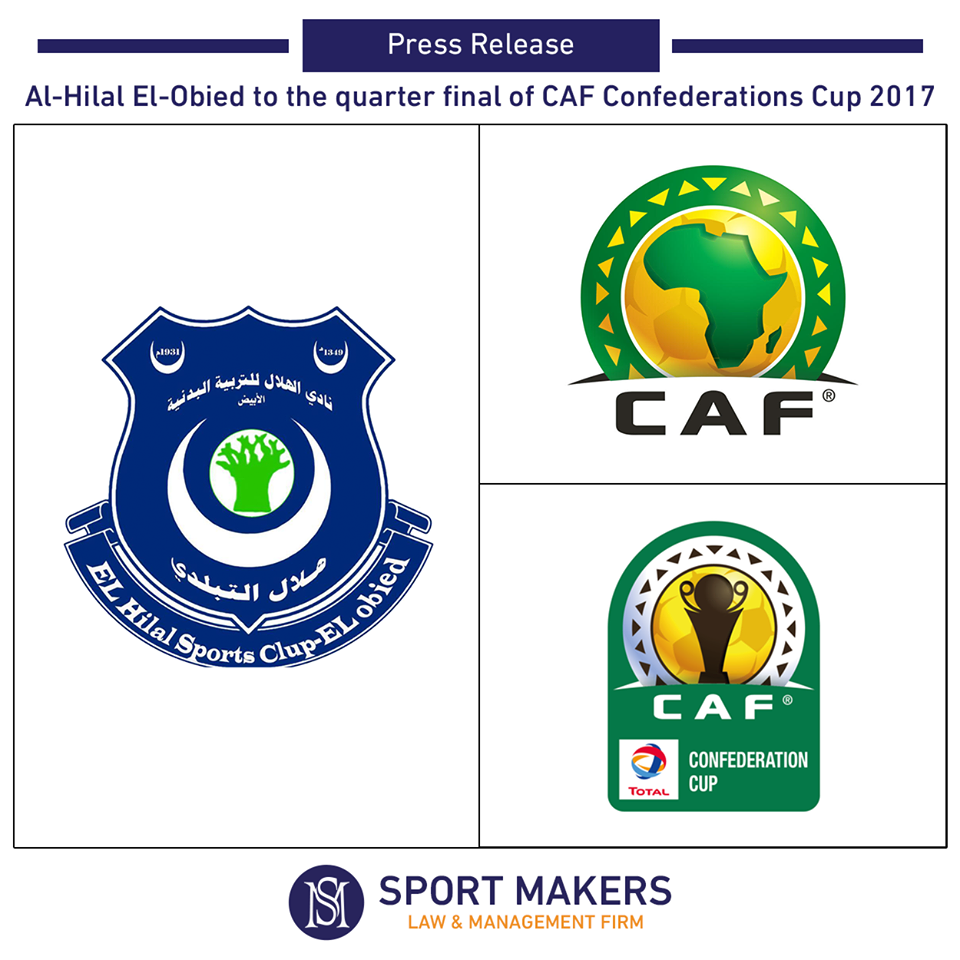 We were honored to represent Al-Hilal El-Obied Football Club of Sudan before CAF, and defend the club’s right to be reinstated in CAF Confederation Cup 2017.

We would like to congratulate the club and its fans after CAF uphold our appeal and decided officially to reinstate the club again in the quarter-finals of the competition.